As the Olympic events continue to unfold over the weekend, people from all over the world have their eyes locked on to the medals table to determine which countries emerge as the overall Olympic champions. While we wait for the final results of Rio 2016 Olympics, our team has developed the most comprehensive leaderboard of global Olympics sports research ever seen. Today we are launching the Olympics Research Medals dashboard, in addition to 32 sport specific dashboards that we launched last weekend, aggregating the global research activity across all Olympic sports.

Since last weekend, sports scientists, coaches and sports fans from all over the world visited 32 Olympics Research Trends dashboards to explore individual sports and shared their insights. The Head of Sports Science and Research for Team GB at the Beijing, Vancouver and London Olympic Games; Marco Cardinale, said,

“The Olympic Dashboard is an excellent way to capture and make accessible sports science research performed in each Olympic Sport. This is an amazing resource not only for scientists but also for the coaching community.”

According to the rankings generated using wizdom.ai, United States leads global sports research by a wide margin as it wins gold for research in 22 sport fields. United Kingdom ranks second in sports research overall with 3 gold, 11 silver and 9 bronze, while Australia ranks third with 4 silver and 8 bronze medals. For each of 32 sports covered there are 3 medals, altogether these 96 medals have been won by a total of 17 countries from among the 118 countries that have sports-related scholarly output. Along with the medals table, we have provided an interactive data visualisation presenting the research publications by each country in every Olympic sport – you can explore it on Olympic Research Medals Dashboard. 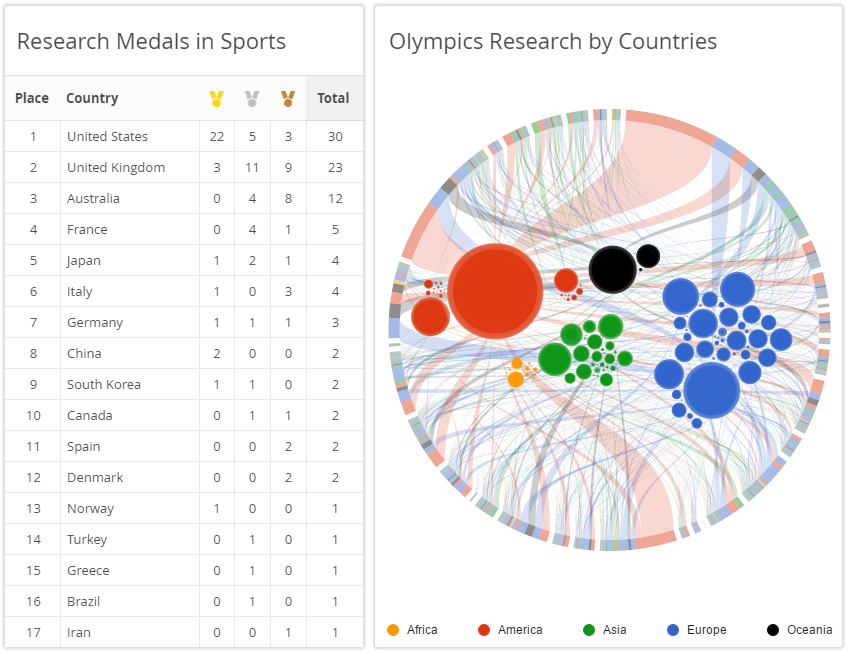 Going further in our study, we analysed the works of 44,579 sports science researchers from 8,437 research institutions in 118 countries that have been published in 3,723 academic journals. In addition to the country-level rankings and scholarly output visualisation, the dashboard also presents the world’s top 10 leading sports scientists, research institutions, and the journals publishing the most research related to the 32 sports covered by us. These are ranked by number of publications and by their relative citations – you can click on the columns to see their rankings by relative citation score. To rank countries according to their sports focus in research, we have also calculated the proportion of each country’s sports related publications compared to its total scholarly output.

According to our analysis, global research activity around Olympic sports has increased significantly over the past 15 years. Among countries, USA alone has published more research papers overall as compared to the next 4 countries altogether which include UK, Australia, Japan and Canada. 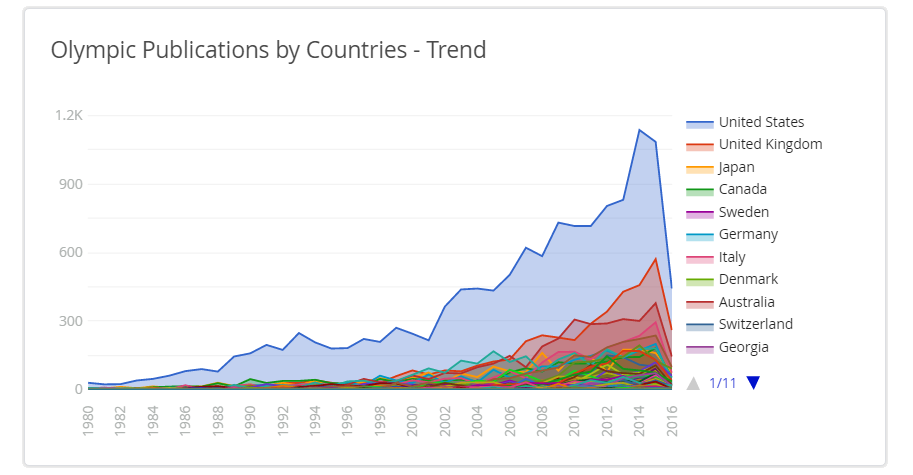 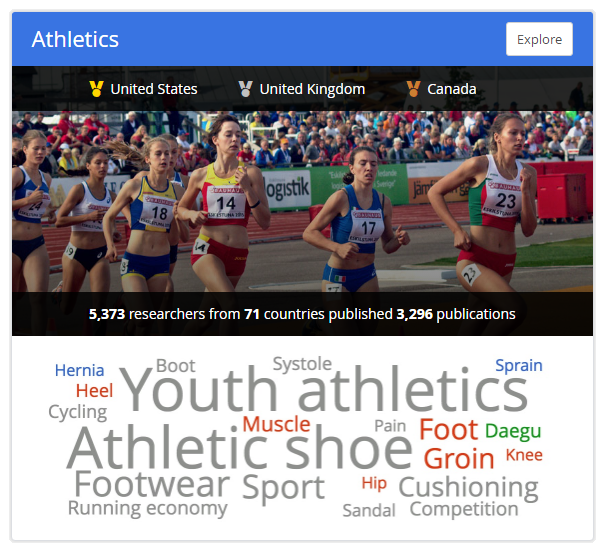 The Olympics Research Trends Dashboard provides an unprecedented resource hub for the Sports Science research community, including researchers, coaches and athletes specialising in each of the games to analyse their research landscape globally and at a country level, and monitor how it evolves overtime in future. It is also a valuable resource for the sports’ fans around the world, allowing them to appreciate and explore the extensive research that underpins players’ performances as we watch them compete in the Olympic Games.

Through our dashboards, we provide a glimpse into the powerful capabilities offered by wizdom.ai  – you can see the full list of features for researchers, publishers, institutions, funding bodies, businesses and governments on our website.